Employees are increasingly asked to sign non-compete agreements. As a new hire, these agreements may not be as beneficial to your interests. You may not be able to take another job in your field if you are offered a more attractive offer and you may be limited in terms of your ability to start your own business, should you ever want to take that path. Before you sign a non-compete agreement, you may want to have the agreement reviewed by a competent lawyer. The non-compete agreement lawyer at Legal Counsel, P.A. in Orlando, Florida can review your agreement and help you understand your rights and responsibilities before you take the job. Have questions? We have answers. Contact Legal Counsel, P.A. today at 407-982-4321.

What Must Be Included in a Non-Compete Agreement?

Essentially, your non-compete agreement should specify when the agreement goes into effect and how long it will remain in effect should the employee stop working for the employer.  A non-compete agreement will often include a reason why the parties are entering into the contract. For example, you may not want your employee poaching your clients or you may not want your employee to work for a competitor and reveal your company’s trade secrets and business practices in the process.

Are You Being Asked to Sign a Non-Compete Agreement Before Getting a New Job?

If you recently got hired, congrats! In the process of onboarding, you may be asked to sign many contracts with your employer. It is important to understand what these contracts mean because they can have a major impact on your future career and business prospects, and they can even impact your ability to negotiate a higher salary. For example, if you are being asked to sign a non-compete agreement, this can limit your ability to work elsewhere in your field for a specified time. If you want to work for a competitor’s company, you may have to move to another location entirely in order to honor the provisions of a non-compete clause. Furthermore, if you ever plan to start your own company which competes with your employer, you should also consider that a non-compete agreement may limit your ability to start your own business for a period of time after you stop working, or it may require you to move to another location to start a new business. Before signing a non-compete agreement, you may want to speak to a qualified non-compete agreement attorney at Legal Counsel, P.A. in Orlando, Florida. Our attorney can review your non-compete agreement, determine if it is reasonable, and help you understand your rights and responsibilities. Some non-compete agreements are written in a manner that would make them unenforceable in court. Other agreements would not be valid because they are not permitted in your state. However, if your non-compete agreement is reasonable and valid, an attorney can help you understand what this means for your career so that you can either negotiate for better terms or ask for a severance package that will protect you for the period of time you are not permitted to work. In some cases, employees can use a non-compete agreement to secure better employment terms. Have questions? We have answers. Contact Legal Counsel, P.A. today at 407-982-4321.

WE VALUE RELATIONSHIPS
Most of  our clients come to us by referral and word of mouth (not advertising).

COMMITMENT TO EXCELLENCE
The Legal Counsel team is committed to serving all clients with excellence and professionalism.

EXPERIENCE MATTERS
Over 20 years dedicated to the practice of law.

Our goal is to provide our clients with superior representation, continuous client communications, advanced technology and a helpful, diligent support staff.

Legal Counsel P.A. is a Central Florida based law firm providing legal services to both individuals and business throughout the State of Florida. Have questions? We have answers. Contact Legal Counsel, P.A. today at (407) 982-4321. 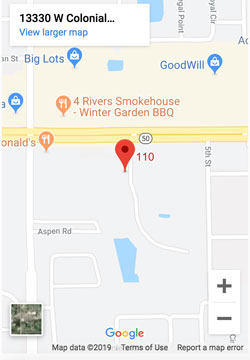